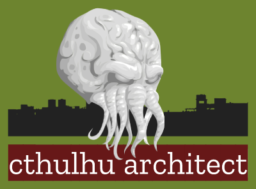 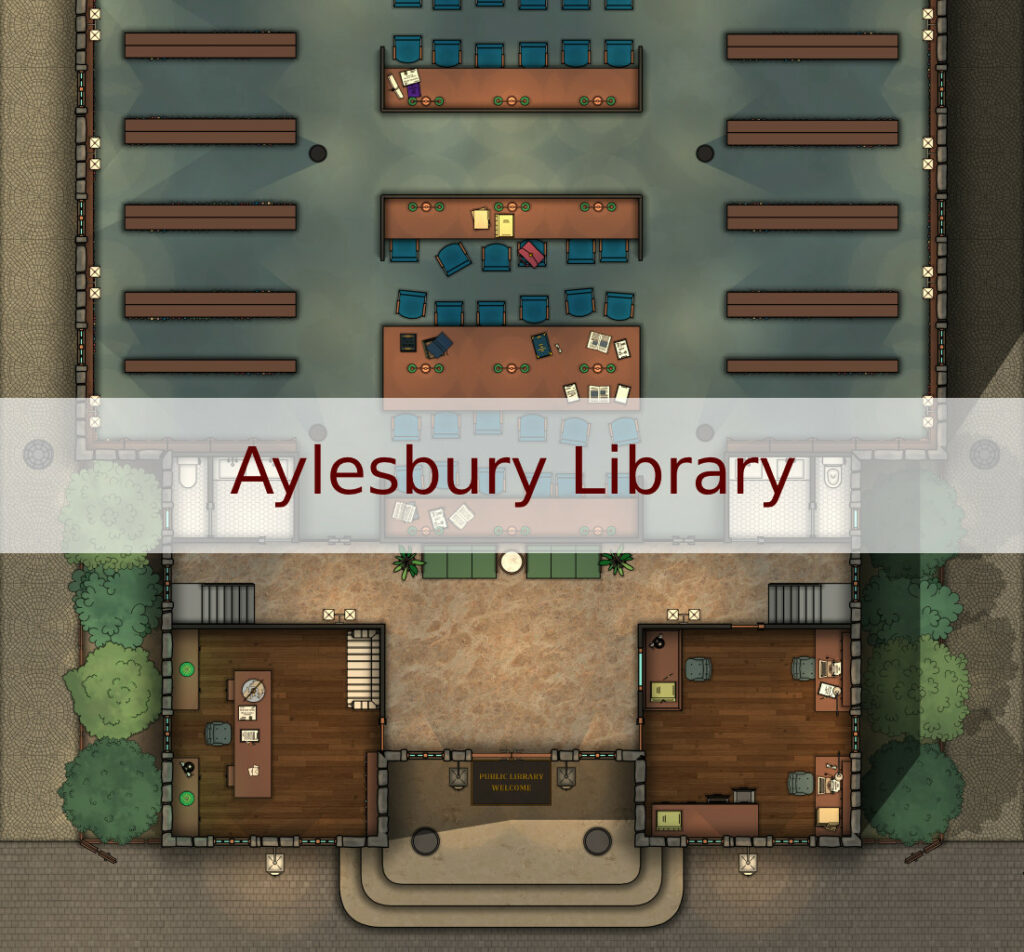 Get it from Patreon

If you like what you see consider supporting me on Patreon and get a lot of content for your games.

By becoming a patron you will be able to download VTT files to be used with Roll20, Foundry VTT and Fantasy Grounds.

At the end of each month I publish a Foundry Module that includes all the maps of the current month personally curated by me.

Libraries were full of ideas—perhaps the most dangerous and powerful of all weapons.

It was a tempestuous night in the quaint town of Aylesbury, nestled in the heart of Massachusetts. Mrs. Palmer, a librarian of some years, had been tasked with the unenviable duty of overseeing the quietude of the local library.

As she sat at her desk, lost in contemplation, a strange noise seemed to permeate the halls. It was a faint whispering, as if a voice were trying to break through the very walls of the building. Mrs. Palmer, her curiosity piqued, decided to investigate the source of this mysterious disturbance.

She made her way to the mezzanine, the whispers growing louder and more distinct with each step. It was as if they were calling out to her, urging her closer. Despite her trepidation, Mrs. Palmer pressed on, drawn towards the archive room by an unseen force.

As she approached the door, she hesitated, her hand hovering over the handle. Taking a deep breath, she pushed it open, the hinges creaking eerily in the silence.

The archive room was dark and musty, filled with ancient artifacts and eldritch tomes. But it was the figure that stood in the center of the room that sent shivers down Mrs. Palmer’s spine. Surrounded by a circle of strange symbols, it was shrouded in darkness, its rasping whispers filling the air.

Mrs. Palmer was rooted to the spot, her body frozen in fear as the figure slowly approached her. She turned to behold the figure standing behind her, its eyes glowing with a bizarre, otherworldly light. Mrs. Palmer let out a shriek that echoed through the deserted library.

With a sudden burst of energy, she turned and fled, her heart pounding in her chest. She did not stop until she reached the safety of her office, collapsing on the floor in exhaustion. A cold hand closed around her shoulder, and she knew that she was not alone, and then all was blackness.

When she regained consciousness, Mrs. Palmer found herself surrounded by solicitous friends and colleagues. She decided to never speak of the horrors that had befallen her in the archive room that night, for the memory of that terror-filled evening remained etched in her mind forever. The whispers were never heard again, but Mrs. Palmer knew that the entities responsible for them still lurked in the shadows, waiting for their next opportunity to strike. The question was, when..?

With this map you get: 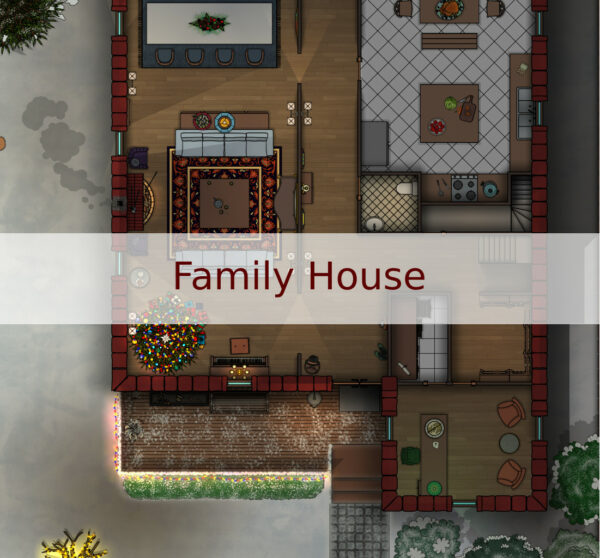 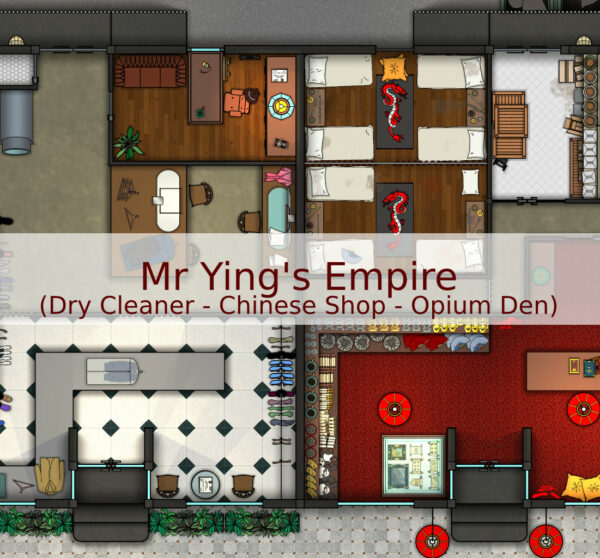 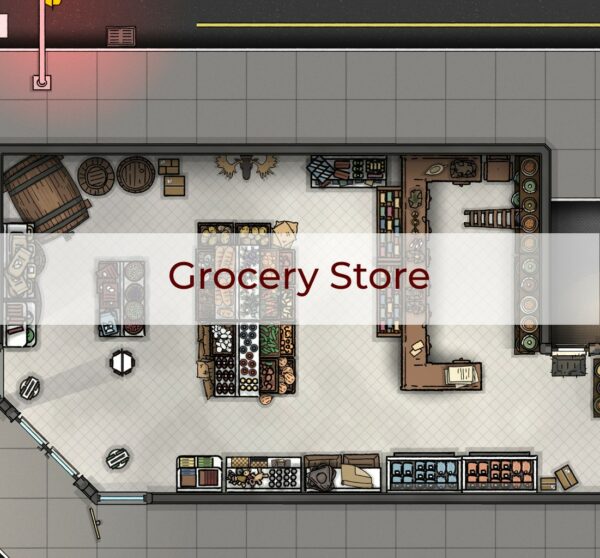 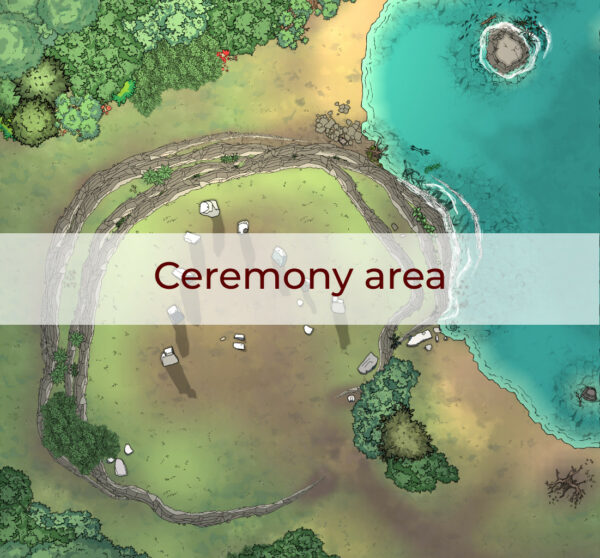 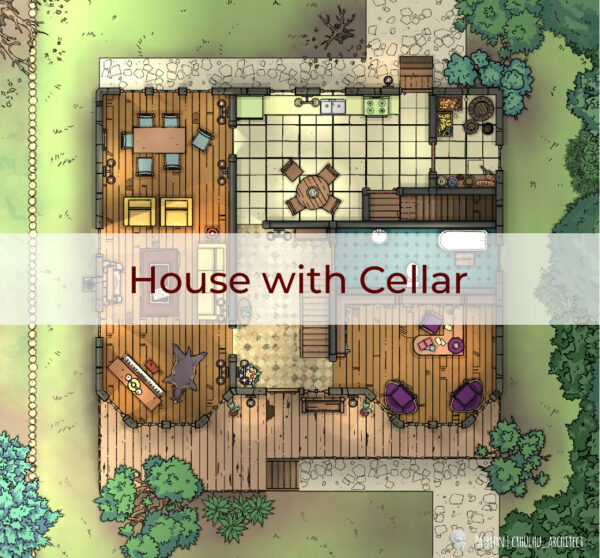 Get a monthly newletter with all the new maps

By continuing to use the site, you agree to the use of cookies. more information